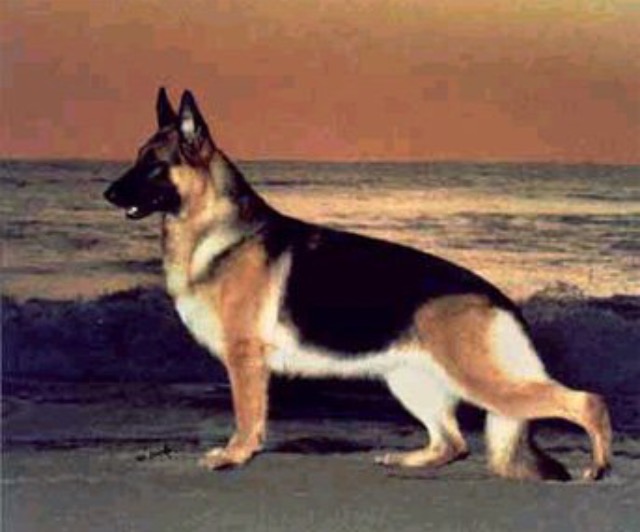 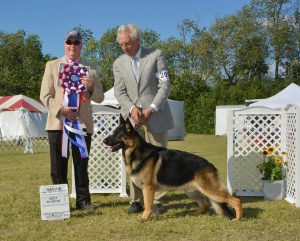 “There’s only one correct German Shepherd dog,” Moses said. “We have a very well written standard. Granted, some people in the United States took that to the extremes, but that’s a small portion. The majority of people breed according to our standard …. over the years there has been a little misconception …. years ago, we had quite a popular judge and she was a member of the parent club and she used the term “flying trot” …. The German Shepherd trot is a tending trot. It’s not a “flying trot” ….. a German shepherd’s job, the tending herding dogs, you have to move that flock miles … you have to be the living fence, trotting around … so that’s a smooth, rhythmic, coordinated, fluid trot. It’s not this baloney about a flying trot.

“German shepherds are a well-angled breed … having good angulation does not equate to having an excessive length of upper thigh and a crazy excessive length of lower thigh. That is not functional. Those dogs lack follow through. They lack extension.” 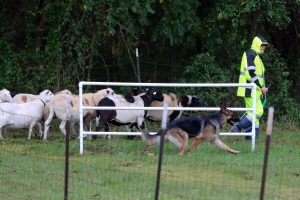 “Different dogs are bred for different things,” Stern noted. “When my dogs are on the graze, when they’ve taken the sheep out to the area of which they’re going to be grazing, they’re not out running at a dead run. They’re gaiting. They’re trotting like a horse trots. This is a very fluid gait. Their feet are very close to the ground. They are very balanced and they can go for hours and hours and hours. In the olden days the dog would be out working 9, 10, 11 hours with the sheep. 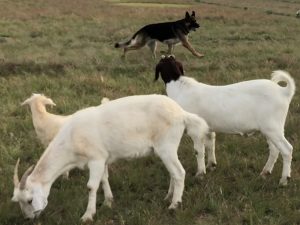 “Temperament is genetic,” Stern added. “It was born into that dog and it will be produced from that dog.” 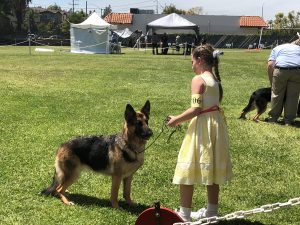 “Just like any other fault,” Moses agreed. “You can pay attention to it and if you keep breeding sound, not forgive it because “this one is beautiful”… A dog that is borderline, not great in character but not really a raging maniac, while smart people can manage that and you can fluff your way through it, when push comes to shove that shows up. It’s certainly hereditary. When breeders consider temperament just like any other anatomical feature, it doesn’t take long where the vast majority are going to be good sound representatives.”

“At one time we were like #2 or #3 on the list of dogs with hip problems,” Stern said. “We’re now 40th on the list. 40th! Because we learned to pay more attention to a dog siblings than we did the dog itself.”

Moses agreed. “I’d rather breed a dysplastic dog with seven siblings with good hips, than a dog with (an OFA) number and seven siblings without hips. When breeding programs paid attention to the siblings, there was a drastic difference (in results).”