493 – Leptospirosis: Deadly Disease for You and Your Dog 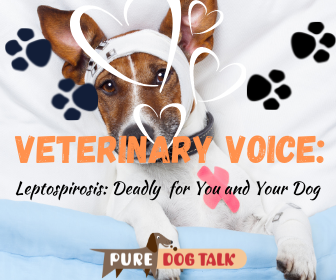 Leptospirosis: Deadly Disease for You and Your Dog

“Years ago leptospirosis was in pretty significant disease,” Greer said. “And then we saw it kind of decline in frequency. Probably in the last decade or so. there’s been a reemerging of this disease. It’s a bacterial disease and there were some dogs that reacted to the lepto vaccine. If a dog was going to react to vaccine negatively it was probably either going to be lepto or coronavirus. So as a result, a lot of breeders started to drop that out of their vaccine protocols.

“However, we do see lepto in our practice on a fairly regular basis. It is most common in puppies under six months of age because their immune system isn’t as great yet. If you don’t look for lepto, you probably don’t see lepto.

“The recommendation is to not give leptospirosis vaccines to puppies under 12 weeks of age, because it tends to suppress their immune system and they have a more difficult time reacting to the other vaccines. About 12 weeks and older they should be vaccinated. It’s a series of two vaccinations, two to three weeks apart. We do recommend lepto for all the puppies in our practice unless the breeder has written into their contract not to do it.

“Unfortunately, there’s a fairly significant number of lepto cases that get undiagnosed. If you look through the list of symptoms, it’s extensive … it causes vomiting and diarrhea and cough and high liver enzymes and elevated kidney values and respiratory disease and eye disease, infertility. So, you can go right down the list and if you look at the symptoms, it’s anything that a dog can come in looking like.

Hawaii has the highest rates of human incidence of Leptospirosis infections, Greer noted.

“Think about the climate (in Hawaii). It’s moist, high humidity, alkaline soil. All of those factors contribute to leptospirosis being in the environment. The Midwest, southeastern states, of course, (are at higher risk).

“The more arid states like Arizona and New Mexico, California, those places tend not to have as much lepto because it’s drier. We most commonly see lepto about three to 18 months after significant flooding in an area. It spreads through the urine of infected animals, but it can also stay in the environment for an extended period of time.

“People do get lepto. There have been reports of people that work in kennels dying and farmers and veterinarians getting sick. So absolutely, positively humans can get lepto, either from their animals, their pets, from hospitalized patients or from livestock. There’s a lot of ways that people could be exposed to lepto. So if you have a possible exposure and you’re not feeling well, of course you need to let your veterinarian and your physician know.

“There’s a blood test and there’s a urine test, and there is an antibody test and there’s a PCR test. So there are different ways to test depending on the symptoms that the dog is exhibiting and the stage of the disease. If the dog is recently infected and not yet on antibiotics, doing blood and urine PCR’s, where they actually look for the protein of the bacteria, is the most effective way to test.

“In a longer standing case, where the dogs have liver enzymes going up and kidney values going up, then you probably want to do a blood test, doing an antibody test. The best antibody test is done as two tests, three weeks apart. You do an acute titer and a convalescent titer looking for the titer to rise quickly over that three-week period of time.

“(Do) not wait to put the dog on antibiotics. Baytril is not recommended. A lot of people reach for Baytril for serious infections, but it’s either amoxicillin, ampicillin or doxycycline that or the treatment of choice. They’re fairly long treatments. They are weeks of treatment to make sure that we’ve cleared not just the acute phase, but the carrier phase, where the dog would continue to shed the bacteria in the urine.” 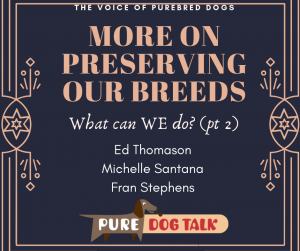 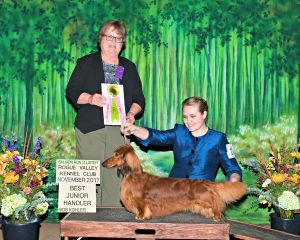 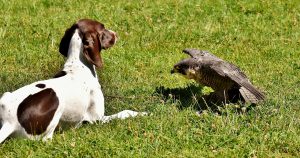 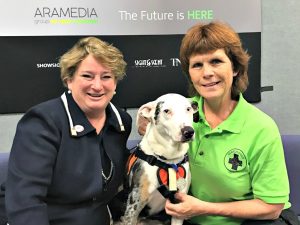