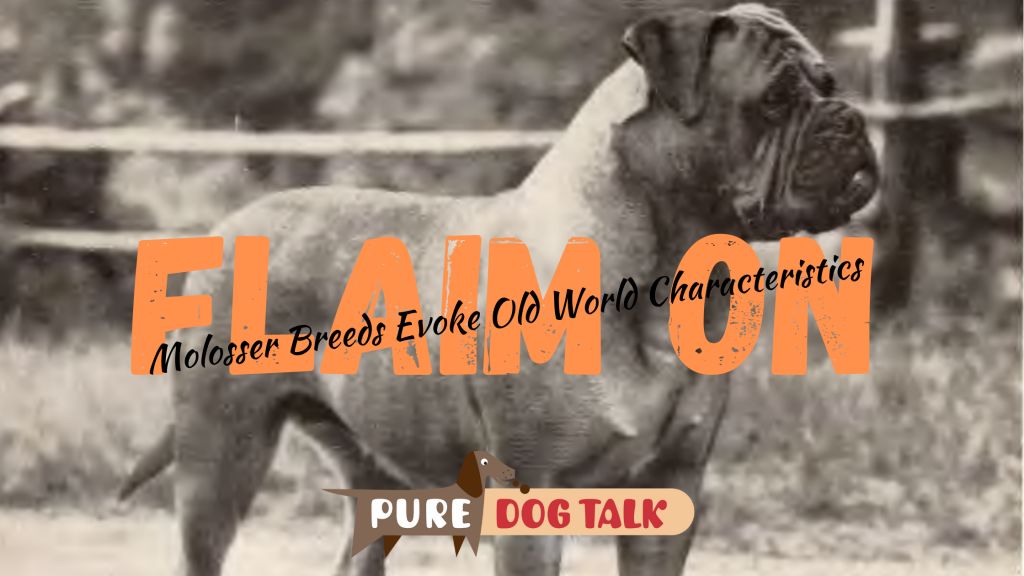 “The Neopolitan Mastiff is an old-world breed. The Neo is opera, it’s an aria, it’s primal, it’s about all those earthy emotions.” 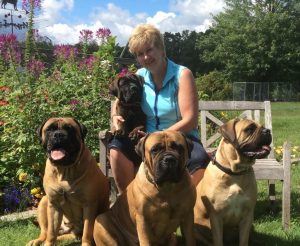 “The name (molosser) comes from ancient Greece….,” Flaim said. “There was a dog called the Mollsus dog. It was reputed to be very large in size. Equally as ferocious. All of the ancient scribes and historians wrote about this dog. The Romans acquired them, legend has it, and they fought in the colosseum and they were used as war dogs. 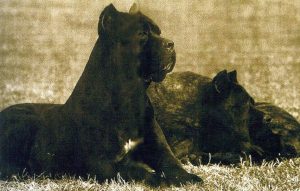 Basir, the dog on which the Cane Corso standard was based

“What it’s come to mean today is a group of dogs, some of them related, some not, or only distantly, that have certain physical characteristics: great bone for their size, thick skin, oftentimes wrinkled, but not always. A role that involved being a guardian of people or property or sometimes livestock. Imposing large heads, oftentimes with muzzles that are slightly shorter than the length of skull but not always. So that’s kind of the phenotype of the molosser. 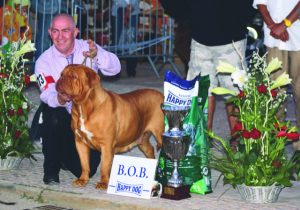 “They are sort of a group of breeds that consider themselves part of this family. That list would include Mastiff, Bullmastiff, Dogue de Bordeaux, Neopolitan Mastiff, Cane Corso, Dogo Argentino, Boerbel etc.

“I’m always very impressed by the molosser breeders, because they’re hard to breed. Many of them of are of a size and scope in terms of bone and substance that’s very hard to achieve. Many of them are head breeds. Because their heads and certain aspects of their bodies, the differential between one breed and another is minimal. 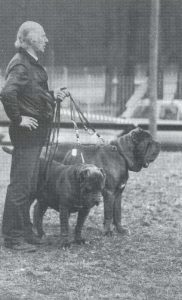 “So, for example, Neopolitan Mastiffs and Cane Corsos, head planes are incredibly important. Neo’s are parallel planes and Cane Corsos are convergent. If you have a Corso with parallel planes, you’re starting to go down the slippery slope of losing type. So, in those two breeds, the fine points are super important because there’s so much inter-relation.

“There used to be this old wives’ tale, that the Tibetan Mastiff was the mother of all mastiff breeds. Now we know from genetic research that every region of the world, mastiffs types evolved separately. Sighthound archetypes and mastiff archetypes pop up in every culture.

“There is an incredible lack of respect for many of these breeds. As usual, people make fun of things they don’t understand. Across the ocean, the ability to judge and breed Neopolitan Mastiffs is considered the height of connoisseurship in dogs.

“In America our idiom is one of loftiness and verticality and expansion. The Neopolitan Mastiff is an old-world breed. The Neo is opera, it’s an aria, it’s primal, it’s about all those earthy emotions. It’s a completely different way to look at the breed.

“Go look at (Neopolitan Mastiffs) again through the prism of ‘this is an old-world breed.’ Re-calibrate yourself. The dog shouldn’t adjust to you and your preferences. You should adjust to the dog, its history, culture and its type. 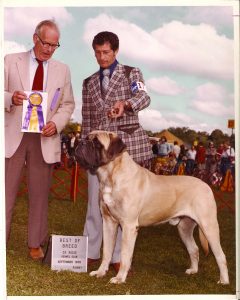 “Every breed is its own country, with its own language, its own traditions, its own culture … What you don’t wanna do is be like the stereotypical American tourist with the socks and sandals and the guidebook clenched in your hand with the real superficial understanding of whatever breed you’re bumping into.”

LISTEN above to hear more of this extraordinary conversation. 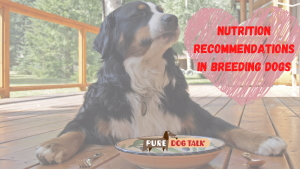 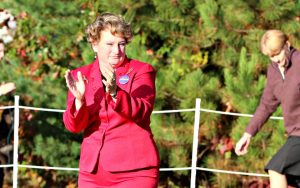 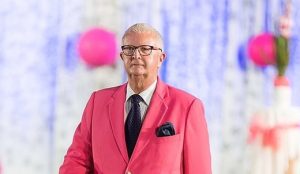