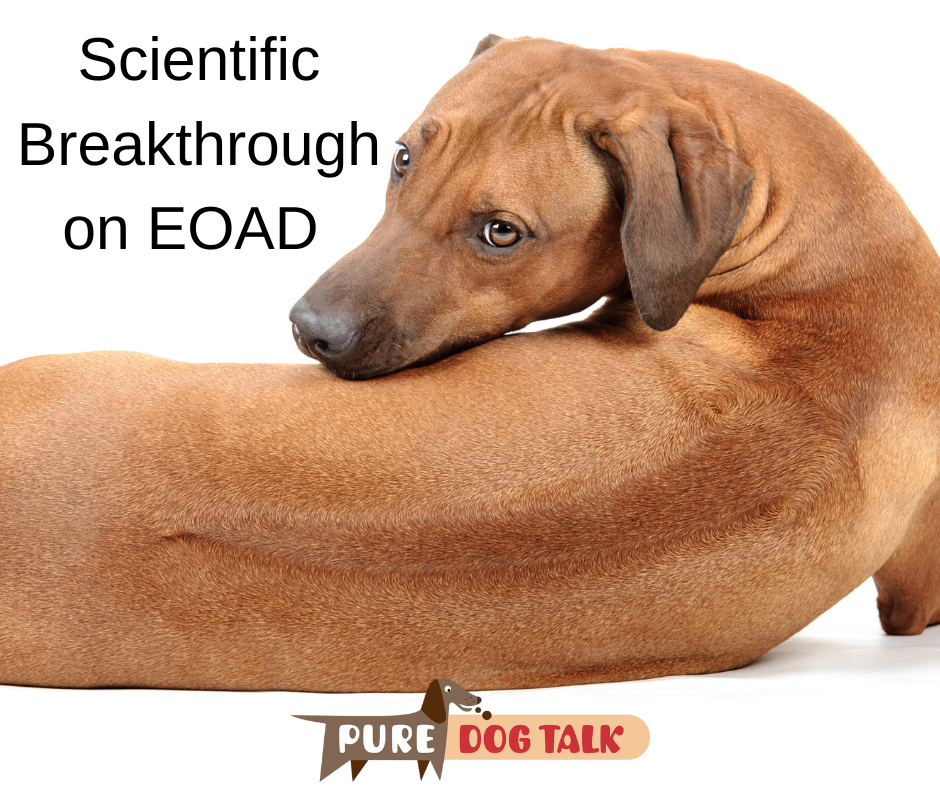 Adam Boyko, co-founder of Embark, and Rhodesian Ridgeback breeder Denise Flaim join host Laura Reeves to discuss EOAD (Early Onset Adult Deafness) in Ridgebacks and Embark’s discovery of the genetic cause that can identify affected and carrier dogs before the condition develops.

“EOAD is early onset adult deafness,” Flaim said. “It’s a form of deafness that’s not related to color. Many breeds, like dalmatians, the way the white overlays the cochlea impacts deafness. This is just a simple autosomal recessive, inherited the same way brown nose color is. If you have two copies of this recessive gene, if you are a Ridgeback, you become deaf.

“The interesting thing in Ridgebacks is these puppies are born hearing. So if you are a breeder who wants to do your due diligence and BAER test your puppies at 8 weeks, they’ll all hear. What then begins to happen is they start to go progressively deaf. The males quickly, usually by six months are completely deaf and the bitches can take from 12 to 18 plus months.

“(This test) identifies if your dog is a carrier or not. If your dog is a carrier, you simply don’t breed it to another carrier and you’re free and clear. This is a really important point because the tendency among dog breeders, especially those who want to be really, really virtuous and really, really ethical, is to say, ‘oh, I’m going to identify all these carriers and get them out of my breeding program.’ Which is, of course, what you don’t wanna do.

“You certainly don’t want to increase the frequency of this gene in the population, but what you want to do is manage it. The thing is it’s never what you know, it’s always what you don’t know. It’s never what you worry about, it’s always what you don’t worry about. So yes, we’ve got this marker for deafness, but that deafness carrier you’re throwing out of your breeding program may not carry for a really devastating disease for which we don’t have a test. So, like anything, moderation and taking the bigger view is really important.”

Teamwork for the win…

“Project Dog started working with breeders like Denise,” Boyko said, “and recruited a whole bunch of samples and was able to find an associated region. But sequencing of a deaf dog didn’t yield any candidate variants that were causing the mutation. So, you’re sort of stuck in this world, do we want to offer a linkage-based test, which we know probably isn’t going to be 100% accurate, or do we wait until we can find a mutation test. For a while, there was just a linkage test was all that could be offered.

“So, Embark came onto the scene. We, of course, have a large database of dogs, of Ridgebacks and others, and so we were able to recruit more cases, more controls. We were able to verify the association Project Dog found. It’s like ‘yeah, this is definitely on chromosome 18, right here. There had been advances in the genomics. We put some scientists on it …. and sure enough a mutation did find itself. It was in gene EPS 8L2, which was a fantastic gene because it’s also associated with early onset deafness in humans, in recessive forms.”

Hear the REST of the story on today’s episode. Just click play on the bar above.

Adam is an associate professor in Biomedical Sciences at the Cornell University College of Veterinary Medicine, focused on the genomic investigation of dogs. Adam’s research has addressed fundamental questions of dog evolution and history, disease and trait mapping, and advancing genomic tools for canine research. Adam has coauthored over 40 peer-reviewed scientific papers, including research in Nature, Science, and the Proceedings of the National Academy of Science and is a member of the Board of Trustees for the Morris Animal Foundation. He is a graduate of the University of Illinois, Urbana-Champaign and received an MS in Computer Science and a PhD in Biology from Purdue University before his postdoctoral work at Cornell and Stanford.

Denise is a professional journalist, author and former Newsday staff writer and columnist who is lucky enough to write about the thing that she loves — dogs!

In 2015, Denise founded Revodana Publishing, which focuses on dog books written by experts and fanciers with a deep and time-forged understanding of their subject matter.

Denise is a member in good standing of the Rhodesian Ridgeback Club of the United States (www.RRCUS.org) and the Western Hound Association of Southern California, and is a board member of the Morris & Essex Kennel Club (www.morrisandessexkennelclub.org).

The long-time Ridgeback breed columnist for the AKC Gazette, she is the past chair and historian of the RRCUS Health & Genetics Committee, and now serves as a member of the Rhodesian Ridgeback World Congress Health Committee (www.worldridgebackhealth.org). 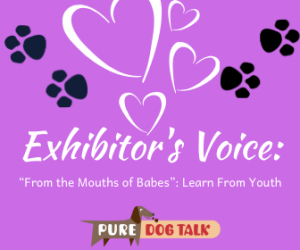 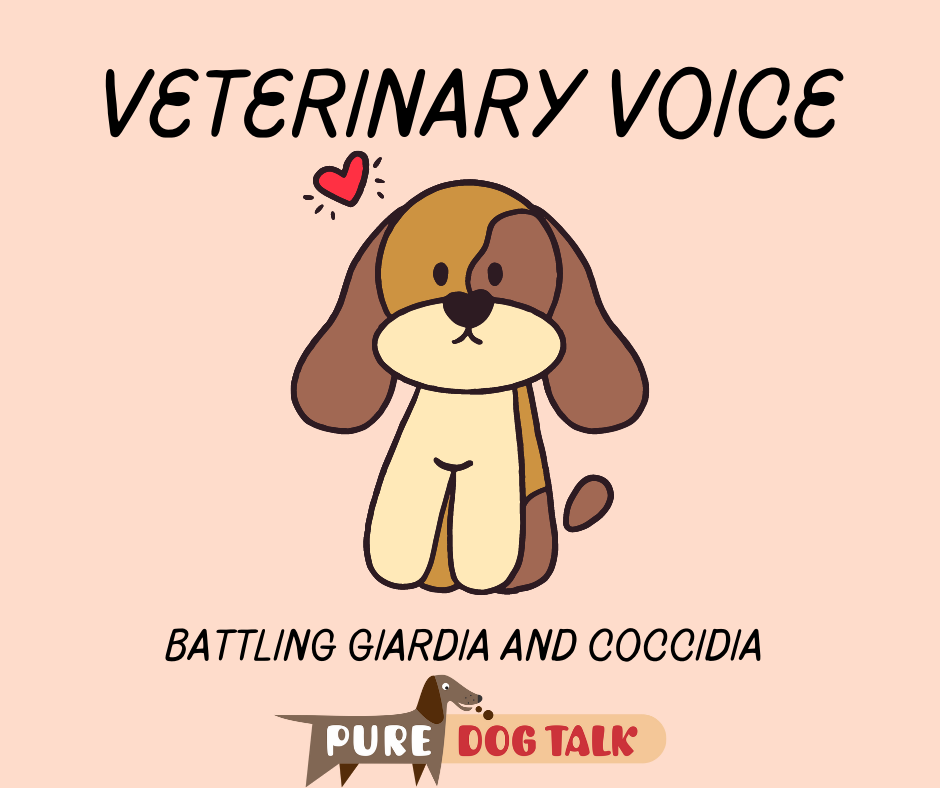