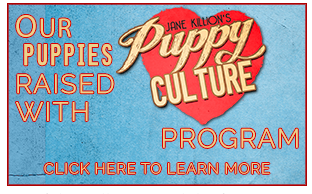 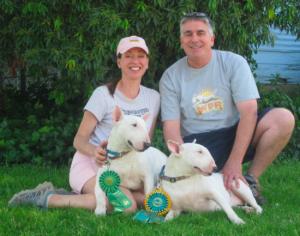 One of my most frequently requested interview subjects, Jane Killion, author and breeder, joins me today to talk about how Puppy Culture got started and why even experienced breeders should check it out.

Killion is a Bull Terrier breeder since 1997. She wanted to do some performance sports with her famously not very tractable breed. So, she wrote a book called When Pigs Fly to help folks train their non-biddable dogs in agility.

When that took off, Killion left her corporate job with the intention of making a video about the book. Meanwhile she had a litter due and said, to herself, “Wouldn’t it be fun to video development periods in Pat Hastings Puppy Puzzle book.”

“Four years later, we have a five-hour DVD and an entire series of protocols per development period,” Killion noted. “I thought it would be a 20 minute video!” That idea changed and developed as Killion saw how deep the topic was. So she reached out to scientists, experts, dog trainers to add information.

“Puppy culture isn’t really anything new,” Killion said. “It’s the gift of wisdom passed to me by my mentors and augmented with science. It’s what we all do, but more organized.”

Like many of us who have breeding dogs for an extended period, Killion said she did most of the things noted in the book. She noted, though, that “doing things as you go along is ok, but not optimal. You start observing puppies and really getting in heads. Breeders start to look at puppies like a behaviorist vs a breeder.”

Puppy Culture is “what I wish someone could have put into my hands when I had my first litter,” Killion said.

Protocols based on behavioral markers

One of the primary pieces of the program, Killion added, is to peg socialization and experience protocols to a puppy’s individual behavioral timeline, not a temporal timeline.

“For example, our puppies at 6 weeks enter the Curiosity period ,” Killion said, “– the highest approach and lowest retreat time – which is a great time to do heavy in home socialization. Other breeds, that period arrives at drastically different ages.”

The days of breeders with everything in their heads who are willing to share are gone, Killion noted.

“We’re trying to step into that void. Puppy Culture, we call it a mentor in a box,” Killion said. “Like you, we’re people who have a passion, with the overarching goal of infecting the next generation with our enthusiasm.”

183 — Solving the Mysteries of AKC Points and Divisions 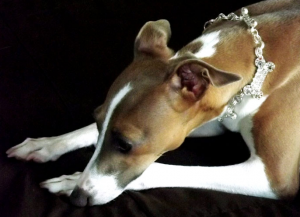 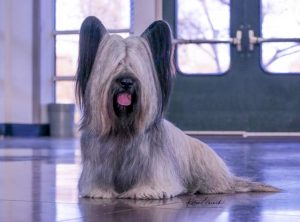 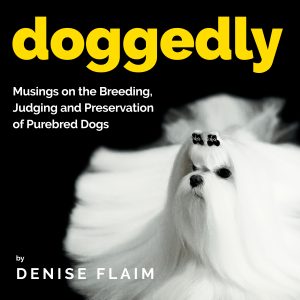