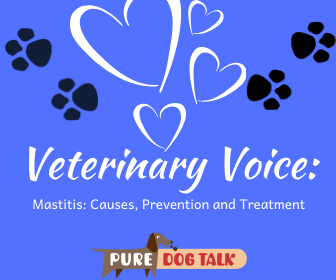 Dr. Marty Greer joins us for our Veterinary Voice. We’re talking about mastitis in lactating bitches. This infection can come on fast and furious with no warning. In some cases, it can be minor, in others life-threatening.

MG: Mastitis is inflammation or infection of the mammary glands, most commonly associated with a female that’s nursing her puppies or recently nursing puppies. It can occur occasionally, not very often, associated with a false pregnancy or some other causes. But most commonly we see it in the mom dog that’s just had a litter of puppies and for whatever reason there’s developed an inflammation or an infection.

LR:  So what are those common causes? What do you see? Do you see it most frequently when you’ve just started to wean the litter? Do you see it (while) puppies are nursing?

MG: Sometimes it’s a litter with a small number of puppies and there’s not enough puppies nursing to keep the mammary glands from engorging and becoming infected. Most of the time it’s a bacterial infection that just spontaneously happens … you need to keep the whelping box and the area that the female is in really clean to try to prevent it, but I’ve seen it occur in places where I know that it’s impeccably clean. The most common bacteria that we see are either the bacteria in the GI tract or… the ones that we usually see in the bitch’s own environment… so it can just happen that for some reason they send up into the mammary gland. It can be associated with trauma but most of the time it just spontaneously happens.

Early mastitis can be a little bit tricky … so we look at every mammary gland. We express the milk out of every gland. Sometimes we’ll have to look at it under the microscope … many times it kind of slaps you in the face, it’s not that hard to see … when you walk in the room and everything was good when she went to bed, you get up the next morning and you see one big red hot swollen gland that’s not a diagnostic challenge.

It can occur in more than one gland, so it just depends on exactly how it initiates and what the source of the problem is.

LR: So, then my next question continuing in the process of we don’t really know what causes it do you see this run in families or breeds? Once you’ve seen it in an individual are you more likely to see it in that individual again?

MG: Most of the literature says that it is not a familial or a breed specific trait… Most of the time it’s just a one and done. The other thing is that you need to be just really vigilant. I think once you’ve seen it once you’re probably a little bit more hyper vigilant. … mastitis can be very mild or it could be very serious. We can see a form of gangrenous mastitis caused by certain kinds of bacteria that is really, really nasty.

Necrotizing mastitis. Fortunately, it’s not common. I’ve had one case of it and I’ve seen a couple of others from other veterinarians. Those do require surgical excision of the abnormal tissue and in those cases gangrenous really means that the gland or multiple glands will just absolutely turn black and there’s a very clear line where the tissue is normal, and the tissue is abnormal. So, it’s not particularly difficult surgically to determine where you need to take tissue and where you need to leave it. But those are the only ones that I’ll typically take to surgery. Most of the other mastitis cases, even if they tend to abscess open and leave a bit of a tissue gap, I usually don’t close those surgically or remove any tissue surgically unless literally that tissue is black. In those cases, yes, surgery has to be done to save the bitch’s life.

LR: What other precautions? Do you recommend antibiotics prophylactically?

MG: We don’t prophylactically use antibiotics on our bitches. What you do, if you do that, is just end up making more resistant bacterial disease if it does develop. Basically, keeping the whelping box clean. Keeping the bitch clean is good. You can spray her mammary glands with Chlorhexidine and then rinse them off so that she’s less likely to have a problem. You can certainly use a probiotic, so those are the things you can do preventively. And then, if you do develop mastitis, it’s definitely a disorder that you’re going to need to use an antibiotic for. I typically will reach for clavamox. … You can certainly culture it, start on clavamox and then transition to a different antibiotic if it’s indicated based on her clinical response and the culture.

Additionally, I will frequently give a big bolus of IV fluids to those girls when they come into the hospital. I won’t keep them because I want to get him back home with their puppies but while they’re at the hospital for an hour, so I’ll pretty aggressively give IV fluid and then along with that I’ll put them on meloxicam as an anti-inflammatory and pain medication.

We’ve been using meloxicam for close to 20 years on our postpartum bitches and the amount that transmits through into the milk is not going to cause a problem for the puppies. It reduces inflammation in the mammary gland makes the females feel a lot better. If they’re feeling better they’ll eat better they’ll lay down for the puppies to nurse better … most of the time you don’t need to remove the puppies from the lactating … you can usually send her home and let her continue to nurse her puppies, which is actually got the advantage of keeping the mammary glands more empty than if you just take her home and immediately wean the puppies.

To hear the remainder of this interview, listen to the podcast audio on the player above.

Dr. Greer also discusses complications of mastitis with blastomycosis. The link to our earlier podcast on the topic is here. 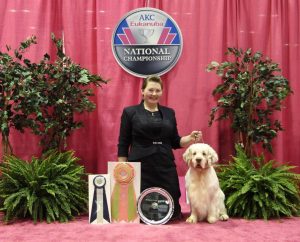 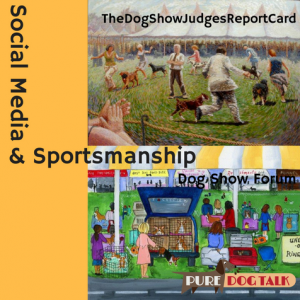 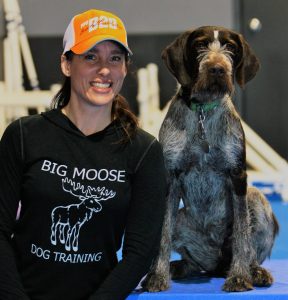 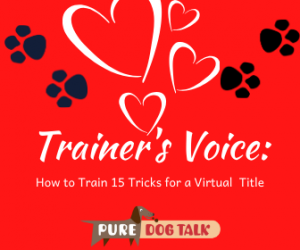