Blastomycosis is deadly hazard for dogs

Dr. Marty Greer, DVM, discusses the causes, symptoms and treatment of deadly Blastomycosis and other fungal infections. Greer notes that fully 25 percent of dogs affected by this disease will die. 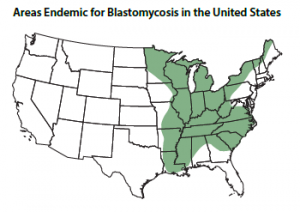 Blastomycosis locations from the Centers for Disease Control.

Greer is notably not an alarmist, but she is adamant that Blastomycosis is a deadly and dangerous disease. Specific areas of the country, including the upper Midwest and South/East River valleys, are most commonly affected. 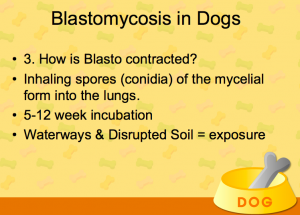 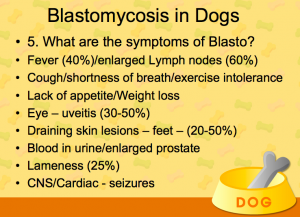 The most common symptom of Blastomycosis is a dog that is coughing, sounding like pneumonia. The dogs will often also present with a draining sore on the foot that is of indeterminate cause.

Diagnostics for the disease are conducted on urine samples sent to a specific laboratory in Indiana. Dogs can decline rapidly, with acute onset of the disease in less than 24 hours. Treatment of the disease is expensive, time consuming and even successful treatment may leave the dog with permanent damage.

Dogs are treated with oral medication, with a 75 to 90 percent success rate, using the urine test to monitor efficacy of treatment.

Blastomycosis is a zoonotic disease, meaning it affects people and animals. People will not be exposed by their sick dogs, but they can acquire the disease from the same source of disrupted soil. The spores live in the soil. She goes so far as to recommend dogs that pass from the disease be cremated, not buried, so as to not release more spores into the soil.

“There have been outbreaks where 120 people were sickened in one event,” Greer said. “It is bad, bad stuff. Nobody messes around with this. It is serious.”

Blasto can be a challenge to diagnose, as the early symptoms are similar to many other diseases, Greer said. She adds that owners should keep track of dogs after traveling to areas where the disease is prevalent. 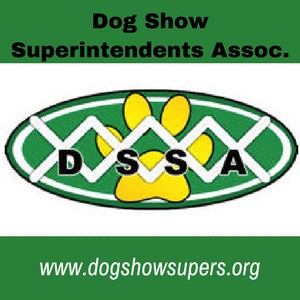 Remember to thank our supporters, partners and advertisers!! Share the love with the folks who keep Pure Dog Talk going strong. 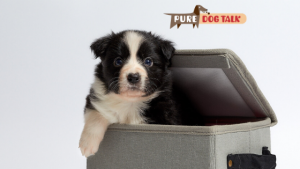 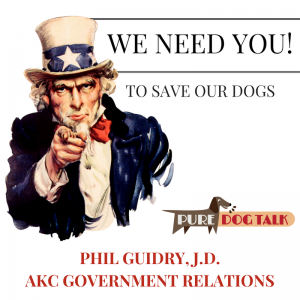 90 – AKC Government Relations is Fighting for You! – Phil Guidry, J.D. 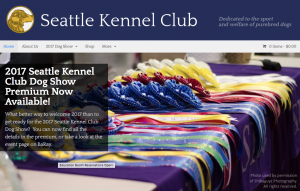 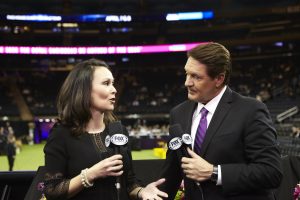