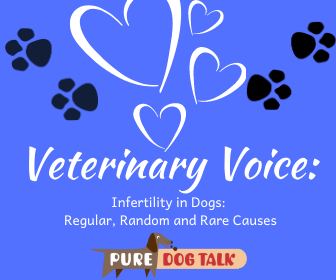 Dr. Marty Greer, DVM joins host Laura Reeves for a wide-ranging conversation on the causes of infertility in our breeding bitches. From split seasons, ovarian and uterine cysts, to semen allergy and genetic incompatibility, we cover a lot of ground.

Marty was kind enough to provide the following “check list” of fertility issues to share with our listeners. Links to previous Pure Dog Talk podcasts on the topics noted are included in the underlined areas.