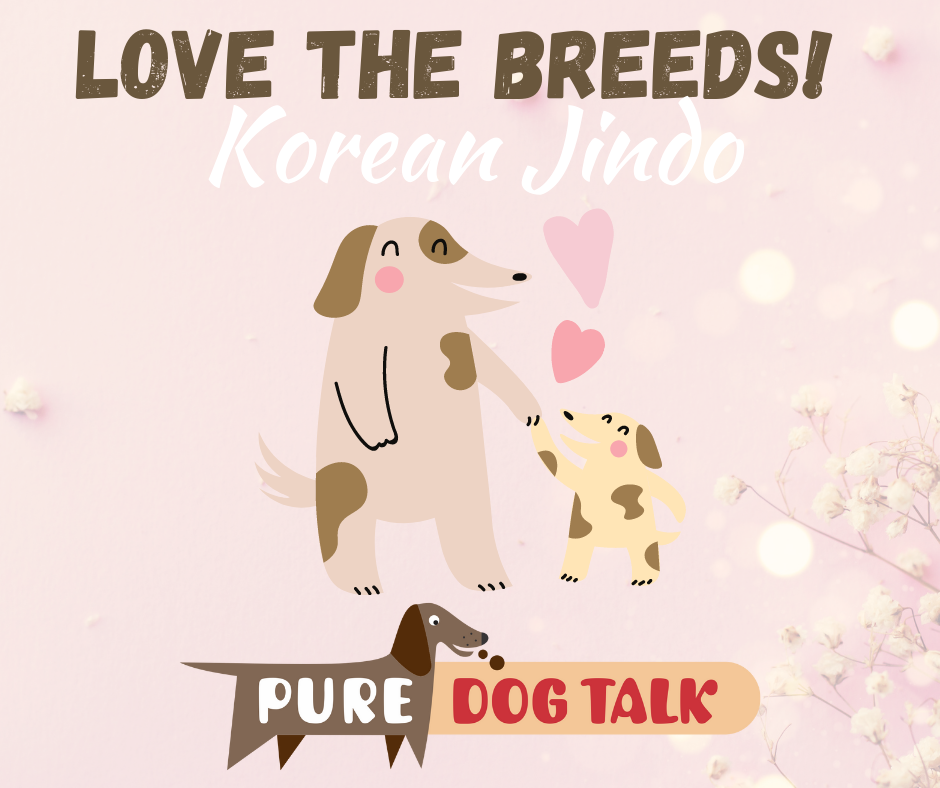 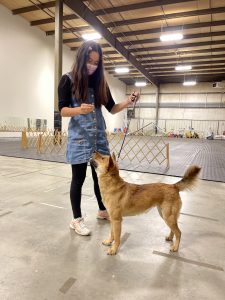 Hannah Yi and her Jindo practicing for Junior Showmanship competition.

Developed on Jindo Island, off South Korea’s coast, as an isolated population of centuries old village dogs, the breed is a cultural icon in its home country. Renowned for its ability to find its way home, a feature memorialized in Korean culture, Jindo are dedicated hunting dogs and very serious about guarding their home. 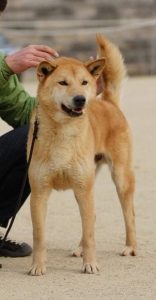 “They were developed as a pretty hardcore hunting and guard dog,” Royer noted. “They are generally used for hunting small game, but they also hunt deer and even wild boar in small groups. They are not a breed that developed hunting along with their owners. They actually expected Jindos to go out and catch small game on their own and bring it home.

“When they chased down something like a deer, and I should add the deer and the wild boar on Jindo island are not the size of the deer and wild boar we have here in the US. The deer are much smaller … a small group of Jindos would chase them down and then a couple of the Jindos would stay there to guard the deer, while one or two dogs went to find the owner. 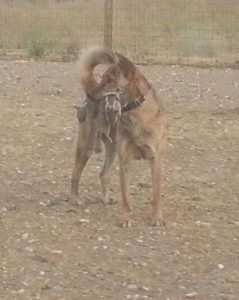 “I visited Korea a couple of times as a child,” Yi said, “and in the neighborhood and a bit of the rural parts, you would see them outside … I always (had them) pointed them out ‘hey, that’s a Jindo dog.’ They’ve always been a really independent spirit. Even though I didn’t know much about them as a kid, I just knew that (they were) culturally ingrained in your knowledge. 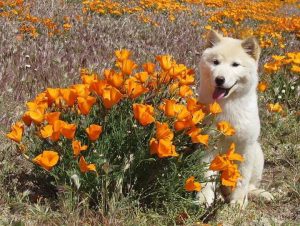 A white Jindo is featured in a popular Korean legend.

“(The story in Korea is) there was this dog and it was a white Jindo dog … it lived with its elderly owner in the city. But one day the owner had to sell the dog. So it was really far away. Then seven months later, the dog appeared back to the owner’s house. It found its way home. So that’s just really stuck to a lot of people. There are a lot of children’s books and merch made about that and it was just really interesting to me. I’ve just always known that story.” 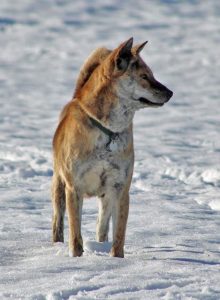 Dog aggression is very much the norm for the breed, according to Royer.

While Dog Aggression is a serious awareness with the breed, Royer notes, “They are intelligent guard dogs that are not looking for that excuse. They will act if they have to, but they’re not looking to want to act.

“Same sex dog aggression is absolutely the norm in this breed. This breed in public should not be aggressive towards other dogs without good reason. However a strange dog getting in their personal space absolutely is good reason. They do not tolerate fools lightly and they do not tolerate rude behavior from other dogs. Jindos never pulled their punches. If they choose to use their teeth, they intend to do damage.

“Jindos tend to be a one person or one family dog. They should never be aggressive without good reason. But they also generally are not going to be like my malamutes who will jump into everybody’s lap and everybody is their new best friend. They range from being very reserved ‘I don’t know you, so I don’t really want you touching me’ to being calmly friendly. Very polite.” 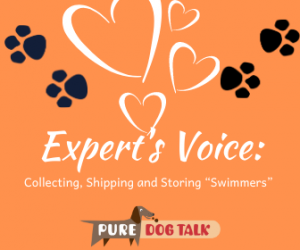 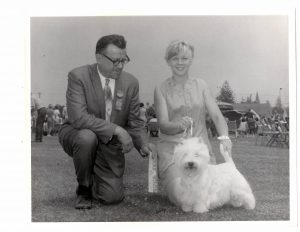 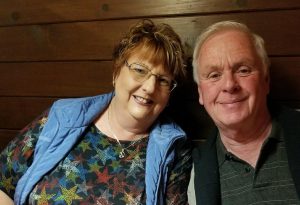 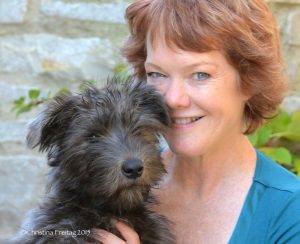