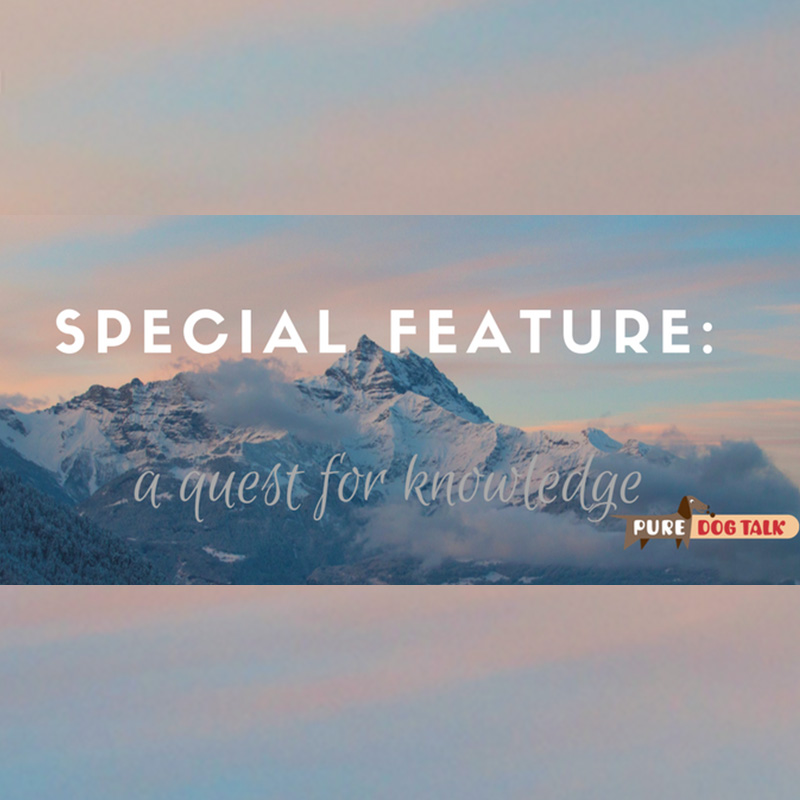 A Journey to Learning

This is a story of two boys growing up in Mexico City. Two kids who had an enduring and overwhelming passion for dogs. Two teenagers who dreamed of learning and growing in the pursuit of perfection in purebred dogs.

The first boy came to the United States in 1986 to work for an Old English Sheepdog kennel. He eventually went to work for terrier man Danny Sackos and later, Bill McFadden.

His friend followed in 1993 and apprenticed with the legendary Peter Green. Green, himself a transplant from Wales, recognized and rewarded the young man’s work ethic and determination.

The two men learned well. They have established themselves in the high stakes competition and rarefied air of top-ranked dogs, big winners and the race for number one. 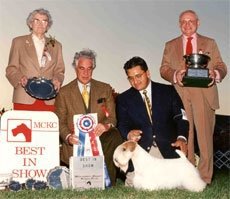 Gabriel Rangel winning Best in Show at MCKC in 1995.

Today, Gabriel Rangel and Ernesto Lara have reached the pinnacle of success in their chosen profession. They have both piloted dogs to Best in Show at Westminster Kennel Club, established successful careers and earned respect on opposite coasts.

The initial move was intimidating, Lara said. “Everything was different. The language. The people. The climate. What you eat. Even when you eat. Our biggest meal is lunch (in Mexico). Here, you’re lucky if you get a sandwich.”

And in that era, the purebred dog fancy in the United States was somewhat culturally insular, “whiter” and wealthier than the rest of the country. Rangel said, “I can tell you stories… There were people who thought this was the first time we’d worn shoes.”

“The terrier people were nice. They trusted me. They let me show their dogs,” Rangel said. 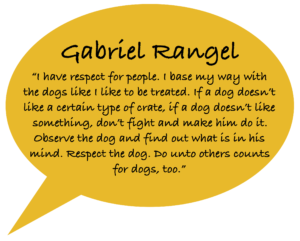 “In this world,” Rangel said, “people watch you. They see how you are with the dogs. How hard you work. They want to have the benefit of that work.”

Rangel’s first dog was a Great Dane he acquired with his watch as a down payment when he was 12. The passion and ambition that had him walking dogs in grade school, just to have a way to interact with the dogs, has pushed him forward.

Rangel and Lara were friends in Mexico City through their connection to Tita de la Torre, a well-known and highly regarded Airedale breeder in Mexico.

“Dog shows are like family,” Lara said. “We were just kids.” 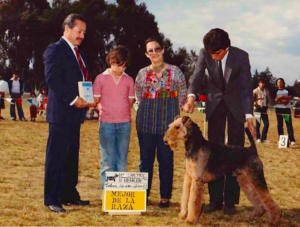 Ernesto Lara with an Airedale in Mexico circa 1985.

“Ernesto liked terriers, I liked working dogs,” Rangel said. But they were both fascinated by the grooming skills displayed by exhibitors from the U.S. and how this “made the dog look better.”

Both men remembered a handler in Mexico, Fernando Trevino, who had been to the U.S. to learn and who “transformed dogs (with his grooming). We all looked up to him, but he wasn’t a teacher. We wanted to learn.”

“I liked to trim terriers,” Lara said. “But I never wanted it to be a job. It was a hobby.” Lara said he earned money with his work in dogs so he could go to school and learn to be a scriptwriter.

They had shown dogs against one another in Mexico, but Lara credits Rangel for “blazing the way” for him and for other Latin dog fanciers who have followed in the past 30 years.

“He sent me first, to test the waters,” Rangel said, only slightly in jest. “I showed my own dogs. Ernesto was more like a professional handler. I wasn’t as good as him.”

“I will never let a dog get in the middle between him and me,” Lara said. “That is not going to change. That’s how it should be. That’s how we were taught.”

Rangel and Lara, friends, competitors and each a strong supporter of the other, both attribute their success to the work ethic they brought with them from their home country.

“You don’t see that here as much,” Lara said. Rangel agreed, “It makes me think about the man whose son wanted something 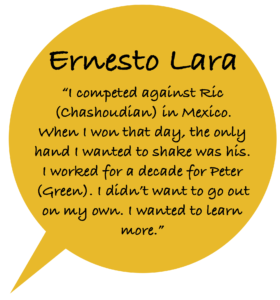 and the father said, ‘I don’t have that much money. I will give it to you, but you will have to earn it.’ And the man and his son worked extra hours to earn the money.”

“You get addicted to learn more,” Lara said. When Lara was offered the opportunity to move to Pennsylvania and work for Green, a chance he’d missed out on years earlier when he still needed to fulfill a military commitment to his country, he decided to follow his passion.

“I was having a great year in Mexico,” Lara said. “I had a number of top dogs. But I decided I wasn’t going to let it go this time. It wasn’t about eating hamburgers. I didn’t need to move. Financially, I was fine. I never had any intention or desire to leave my country. I just wanted to learn.” 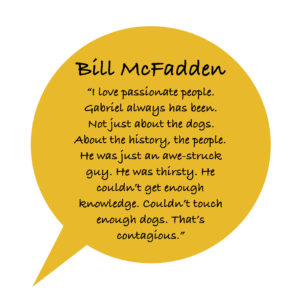 It’s also a story of the powerful forces behind the rising stars. Both men share incredible stories of their mentors, the terrier triumvirate of the 20th century: George Ward, Ric Chashoudian and Peter Green.

Chashoudian became a “rabbi” of sorts to them both, but particularly Rangel.

Rangel attended his first Montgomery, the pinnacle of terrier shows in the U.S., while working for Sackos during his first year in the U.S. They took three Sealyhams, a Wire Fox and a Scottie.

“What the hell I’m going to do,” Rangel thought to himself, contemplating the language barrier and all the challenges of this enormous show.

“We flew, so we had no generator. There were tents and it was raining and muddy and cold,” Rangel said. “I knew what to do, but didn’t have anything to do WITH.

“Danny said, ‘Wash the sealys.’ I said, ‘Why? It’s raining!’ It’s dirty and I’m cussing in Spanish, but we table bathed the dogs, towel dried, chalked and brushed them in to shape.

“I’m in the ring and I hear shoes. I see shiny shoes in the mud. It was Ric (Chashoudian). He said ‘It’s going to be ok. Don’t 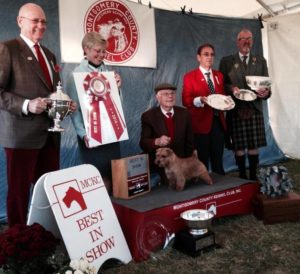 Peter Green wins Best in Show at MCKC with the Norfolk Terrier in 2014.

Many years later, Chashoudian advised Rangel that if he went East to call Green and if he went to the Midwest to call George Ward. So, on a trip to Louisville, Rangel asked Ward if he could borrow an xpen.

“He (Ward) brought me to his set up and showed me the pens with paper in them and said, ‘You see this? This is how my pens will always look. There will be no shitty papers in my pens.’” Rangel said. “I just sort of gulped and said yes sir. What time will you be here in the morning? 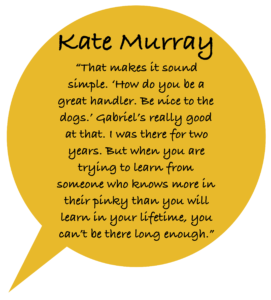 Lara noted, “Sometimes people say, ‘You’re famous, you won the garden.’ Nothing would have happened if we never met our mentors. You have to earn it and show what you can do. Work ethic and talent. But if we hadn’t met Peter or Ric, it might not have happened. They made you think there is a chance you can do something. Here you find out what you’re made of. Do or die. All those things had to come together. We work hard. We are loyal. We respect. We admire. That’s the only reason we’re here.”