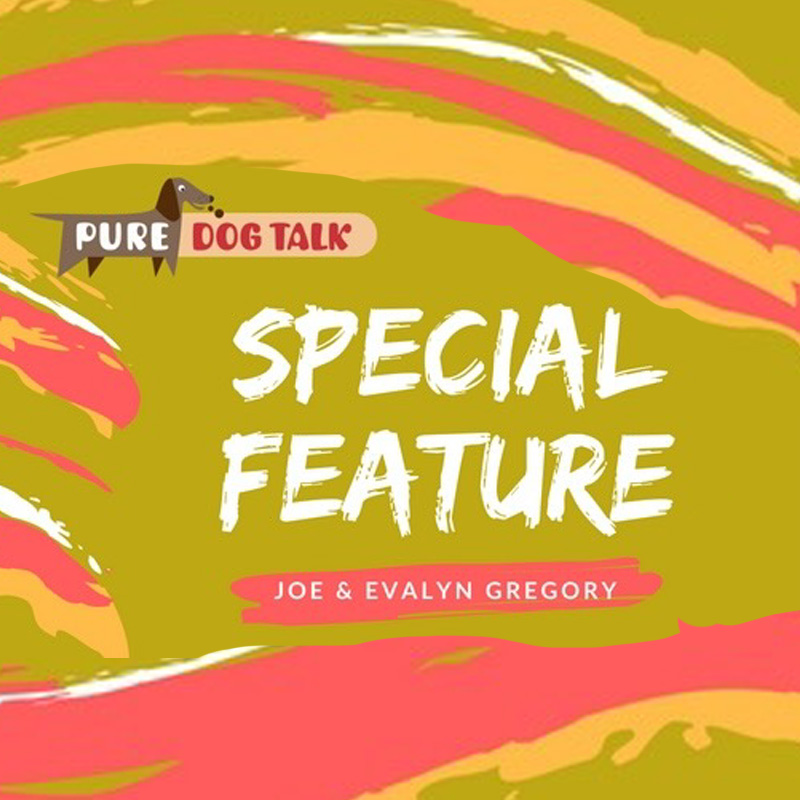 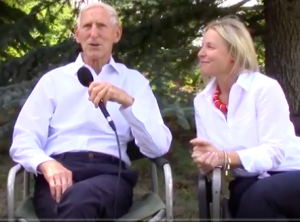 Joe Gregory fell in love with a Boxer in Louisville, Kentucky in 1947. The chance encounter sparked a passion that fueled a lifelong devotion to the breed, to purebred dogs, to handling and judging. And it inspired his daughter, Evalyn, to follow in his footsteps.

Joe along with his friend and business partner, Burr Long, bred Boxers and handled professionally under the Clover Downs prefix through the 1950s and early ‘60s. Joe started judging in 1965, eventually rising to the elite status of all-breeds judge in 1995.

“The way we did it,” Joe said, “is Burr did all the grooming, and I did the handling and the ‘meet and greet.’”

Winning the group at the Garden in 1963, with the famous Boxer bitch Painted Lady (Ch. Treceder’s Painted Lady), is a favorite memory of Joe’s.

“I wanted to win Best in Show,” Joe said, laughing. “I thought she should have won. The Judge, who I won’t name, commented he didn’t know much about Boxers.

Amongst Joe’s other favorites of all time, in a dog career spanning 70-plus years, is Ch. Bang Away Of Sirrah Crest.

“He was practically the perfect dog,” Joe said. “He showed well and had really good type. I was very lucky to see that dog. 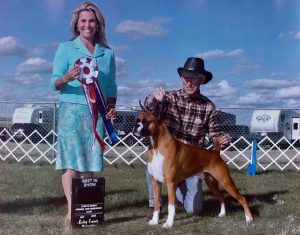 Joe Gregory shows he still has the chops, with Michelle Yeadon’s Boxer he awarded Best in Show earlier this year.

“If I see a dog like that in the ring today, I don’t hesitate to tell a person, ‘do you realize what you have here?’”

“They gotta be purty!”

Joe shared some of his many memories over the decades: flying into Puerto Rico in a rickety DC3 (he’s something of an airplane buff); shipping a dog on the train overnight into Louisville (a common occurrence at the time) and arriving to find the dog had broken out of the crate. Joe eventually found the dog, sitting in the front seat of someone’s car, “down the road a piece.”

As a popular all-breeds judge still actively working, Joe talked about what he likes to see in a dog and the difference between a “good one” and a “great one.”

“You have to have a quality dog, has to have a good mouth and move right. But it has to be a pretty one,” Joe said. “They gotta be purty!”

While clubs continue to hire him regularly, Joe said they often now call to hire Evalyn, who he claims will be a better judge than he is. In their playful banter, shines the mutual admiration, affection and respect they have for one another.

“I’m in the last stage of my career, on the downhill side. When I was on the upswing, I had a better haircut and all the girls loved me,” Joe laughed, somewhat wistfully. “Now, all my friends are passing on. I just don’t have enough time… to make new friends…”

Evalyn assured him she had his back. “That’s what you have me for, Dad.”

She didn’t originally plan to follow her dad’s path.

“I left the sport for a while,” Evalyn said. “I wanted to find myself. Finish school. My parents would tell stories about taking me to the dog show. They would put me in a dog crate and they’d go do their thing.”

A successful handler for 30 years, Evalyn was best known in Brussels Griffon, a breed in which she holds several records, including the first smooth Brussels to win a Best in Show.

“Judging is different than handling,” Evalyn said. “I retired after 30 years of handling. Mom and Dad told me I had to do something soon. They wanted me to be able to enjoy judging. My parents gave me a wonderful example. I saw a lot of really good dogs growing up.

“I love seeing wonderful dogs come in the ring. It’s much better than handling. I love the turning wheels in my brain. When I was campaigning dogs, I was blinded by my focus on one dog.” 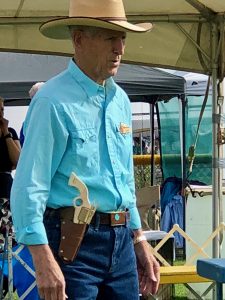 Joe is all about the entertainment!

“As long as you can stand and see and walk, you should still get to judge,” Joe said. “I have no favorites. I just judge the dogs and have fun. You have to have a little entertainment, too.

“I have that little hop I do. I’m going to keep doing it as long as I can.”